English is a diversified and important language where grammar and tools play an important role. There are a number of grammar rules that exist, in which punctuation, sentence structure and parts of speech are important to build an effective writing foundation. Let’s have a look at some basic grammar rules:

Information on Basic grammar Go through all the topics of grammar like Tense, Article, Preposition, Synonym, Idiom Phrases etc. to understand well the topics 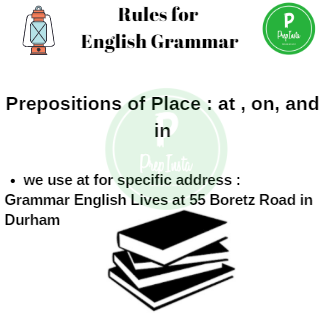 Rules For Tenses And Articles

Rules For Synonyms And Antonyms

Synonyms and antonyms Rules There are a number of tests and mock tests in which questions related to synonyms and antonyms can be found. Individuals find it difficult to identify the similar and opposite of the synonym and antonym, respectively. In the contemporary and highly educated world, mastering vocabulary skills is utterly important, and synonyms…continue

Sentence Ordering Rules Another one of the most frequently asked questions in various competitive exams is on sentence order. It contains a group of jumbled up sentences, which we have to arrange in a systematized manner. Sentence Ordering means to arrange the sentences in a logical order. In this type of question format, a passage or…contiune

Rules For Idioms And Phrases

Idioms and Phrases Rules: Idioms generally demonstrate behavior of human, reaction to certain thing, habits and traditions. An, idiom is a set of certain words which when used together, brings out a meaning which is entirely different from the meaning of each word when it is used individually. To explain Phrases we can say that…continue

Error Identification Rules Error identification is a type of competitive test where one needs to identify the grammatical errors in a sentence. Though termed as Sentence Correction, most often, problems in this topic need one to only classify sentence errors. It can be a punctuation error, wrong use of tense, subject-verb disagreement and more, through…continue

Rules For Speech And Voices

Speech and Voice Rules Speech Speech is the expression of thoughts in spoken words. It is known as something which is spoken. In general Language it is divided into two parts mainly: Direct Speech – Speech which is used to convey directly and exactly what is said. It is usually represented through inverted commas and…continue

What are Articles? Articles are words that defines a noun to be specific or general. They are namely – ‘A’, ‘An’, ‘The’. Uses: A – used before consonants An – used before vowels The – used for specification of a noun. Example: The girl from the coffee shop was blonde. With the use of ‘the’ in..continue

Jumbled Sentence Rules: Jumbled sentence are some puzzled sentences or words that has to be put together in a proper sequence in order to make a complete sense out of a passage or sentence. To know how to start and end a sentence, what word precedes or secedes, and how to join two words or…continue

Subject-Verb Agreement The easiest and basic rules for subject-verb agreement is:- Root Rule– A singular subject takes a singular verb and vice versa with plural. A plural subject takes a plural verb. For Example- The list of grocery items is/are on the dining table. Here list is the subject, then we will choose is for…continue