Tips And Tricks And Shortcuts To Solve Syllogism Questions

Tips and Tricks for Syllogism Problems

The syllogism is kind of a logical argument, where we have to give a genuine reason to arrive at a conclusion, which is based on two or more statements that are mentioned in the question.

Here we have to keep a note of one thing that all the statements mentioned in the question should be considered valid, even though they are far from reality. Syllogism Tips and Tricks and Shortcuts to remember:

Since Syllogism comprises of some statements, each of which is divided into two parts that are a subject and a predicate.

Subject– a Main matter of discussion.
Predicate– the part which states something about the subject.

There are four types of statements, each of which is mentioned below with the help of an example:

Syllogism Tips and Tricks 1. All P is Q 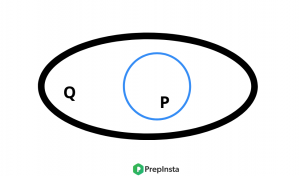 It can be portrayed with the help of a Venn diagram:

From this we can definitely conclude that:

But we cannot be sure that:

Tips and Tricks for Syllogism-2: No P’s are Q’s

From the diagram we can definitely conclude that: 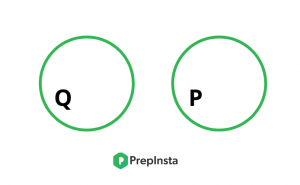 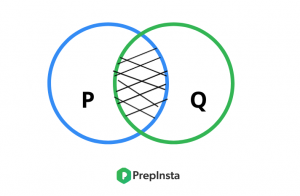 From the diagram we can definitely conclude that:

Hence from the above diagrams we’ve summarised some quick rules to be memorized, to solve syllogism questions:

1)If all P’s are Q’s that does not mean that all Q’s are P’s which means that some Q’s cannot be P.

Syllogism Tips and Tricks and Shortcuts & Methods for syllogism

Syllogism Tips and Tricks and Shortcuts & Methods for syllogism

Test takers relatively less use the verbal way of explaining syllogism questions. The test taker understands the set of premises and based on the ability to understand the assumptions, verbally derives a conclusion. The method is useful for less complicated questions.

Statement I: Some human is rich.
Statement II: All rich are men.

The Venn diagram method allows the test taker to solve the questions diagrammatically. This method is very useful in solving syllogism questions. This is illustrated well with the help of some bullet points mentioned below:

The last diagram is the final one, and based on this we will draw conclusions.

Therefore there is no possibility that no Q are R.

Therefore we can say that only conclusion 1 follows.

Hence option 1 is the correct one. 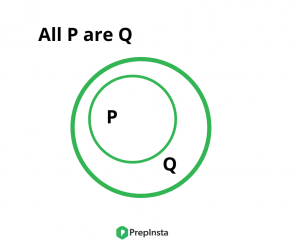 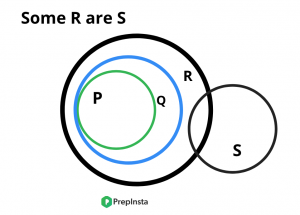