Let us assume the front direction as North, back side as, South, Left side as Westside and right side as Eastside. 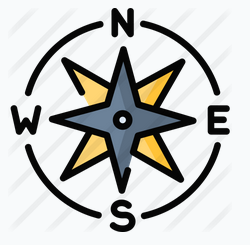 For solving these problems the foremost thing we need to remember is that every change in the direction of main side changes a 90 degree change.

For solving these types of problems, we presumed all these distances among the specified points and along with straight lines.

It is a vital relation in Euclidean geometry between the 3 sides of a right triangle. It states that the sum of the squares of the other two sides is equal to the square of the hypotenuse( the side conflicting the right angle). 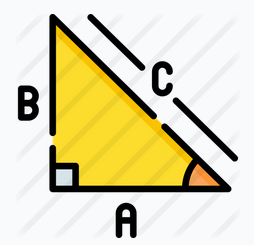 By applying the Pythagoras concept: C²=A² + B²

By applying the above-mentioned formula the directional problems can be solved easily.

One morning Udai and Vishal were talking to each other face to face at a crossing. If Vishal’s shadow was exactly to the left of Udai, which direction was Udai facing?