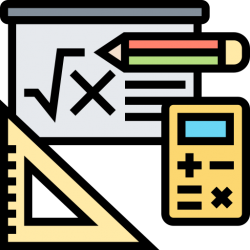 Syllogism can be discussed as a kind of reasoning where an assumption is taken from two outlined or assumed offers. It is more of a logical reasoning instead of inductive reasoning. It is identified that most of the crucial sections of the exam includes syllogism in reasoning. You will come across 3 – 5 problems based on syllogism pattern within the reasoning part in most of the competitive examinations.

Syllogism is comprised of three components, those are – minor premise, major premise and conclusion. The kind of syllogism which usually comprises these three elements is categorical syllogism. Although, two additional key types of syllogism are further present.

One can face a lot of issues concerning the kind of sentence that may lead to the kind of conclusion. However, if you are thoroughly well aware of the rules mentioned below along with their correct use, then you are expected to commit no blunders while solving the questions. Check out the below rules:

To begin with universal signifies something that is appropriate to all as well as optimistic ways, such as the ‘yes’ kind of format. A universal positive statement specifies a little positivity relevant to all the things in that group. The positive category is signified by the alphabet ‘A’. These statements begin with All, Each and Every.

In this situation, the given sentence offers a positive expression, however, it includes only a few things and not all. These kinds of sentences often starts with some, a few, any, and are symbolized by the letter ‘I’.

Here, the statement again covers only some items, but it gives a negative impression. These kinds of sentences are symbolizes by the letter ‘O’.