Tips And Tricks And Shortcuts To Solve Directional Senses

Here, are quick and easy tips and tricks for you to solve Directional questions in a fast and simple way.

Tips and Tricks and Shortcuts to solve Directional Sense.

Directions problems questioned in the exam are based on 2 principles-

There are mainly four directions – East, West, North & South and 4 types of cardinal directions such as North East, North West, South East, and South West as represented below 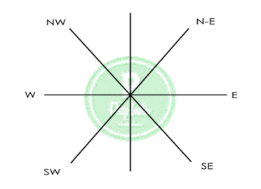 Left and Right side Movements 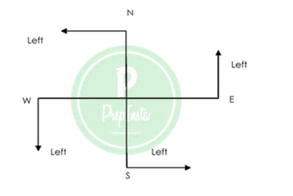 Hence, the above facts can be sum up as:

Every time an individual moves to her/his left side, he/she will move in the direction of anti- clockwise.

Every time an individual moves to her/his right side, he/she will move in the direction of clockwise.

Message: if a question says to move towards left side or right side, we solve the problem by assuming the movement at an angle of 90 degrees.

Clearly mentioned in the picture below: AF=BC+DE=45 meters and direction is east. 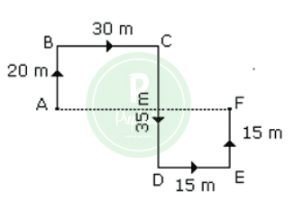 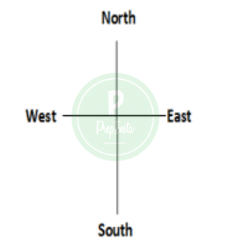 Tips and Tricks and Shortcuts: Right Direction/ Position of Shadow

Fish’s direction can easily be find out by creating his movement on diagram.