Tips And Tricks And Shortcuts To Solve Letter And Symbol Series

Letter And Symbol Series Tips and Tricks and Shortcuts:-

Here, are quick and easy tips and tricks for you to solve letter & symbol series questions in a fast and easy way.

Tips and Tricks to solve letter and symbol series problems

There are mainly 4 types of questions asked in exams. However, these questions can be framed disorderly which makes questions tough. Practicing all these types can improve the speed of the students. Tips and Tricks for Letter and Symbols Series:

Arrangement as per English dictionary:

The following four words are arranged in an alphabetical order, read carefully and tell which word will come in the second place?

The arrangement will be like, we have: Absorb, Absorbed, Absorber, Absorbing.

A disorderly arrangement of few letters, numbers and symbols will be there in these Alpha-numeric sequence questions. However occasionally English alphabets from A to Z are given simply.

Study the following arrangement carefully and answer the question given below.

How many such vowels are there in the overhead arrangement, each of which is immediately preceded by a number and not immediately followed by a symbol?

According to the question, in the given arrangements two such consonants 6AC and 5 U F are immediately preceded by a number and not immediately followed by a symbol.

Tips and Tricks and Shortcuts for Letter and Symbols:

Under letter-word problems, given from the certain word, questions would be asked as, from the starting of the word how many letters in the word is as far away, as it is from the starting of the English alphabet. Also in this type, a certain word is given and then students need to answer about the number of letters that remain same in their position if they place in alphabetical command. At times, in questions are asked in a given word, if vowel and consonants founds or not?

How many such letters are there in the word QMCKLOA that remain same in its position, if the letters of the word are arranged in alphabetical order?

So, such type of letter is only O.

Tips and Tricks for Letter and Symbols Series:

Under this type of questions, a specific rule will be there to solve the problems. Students are advised to solve the same by following the rules given in the question.

Find out the correct alternatives in which numbers of letters skipped in between adjacent letters in the series is two? 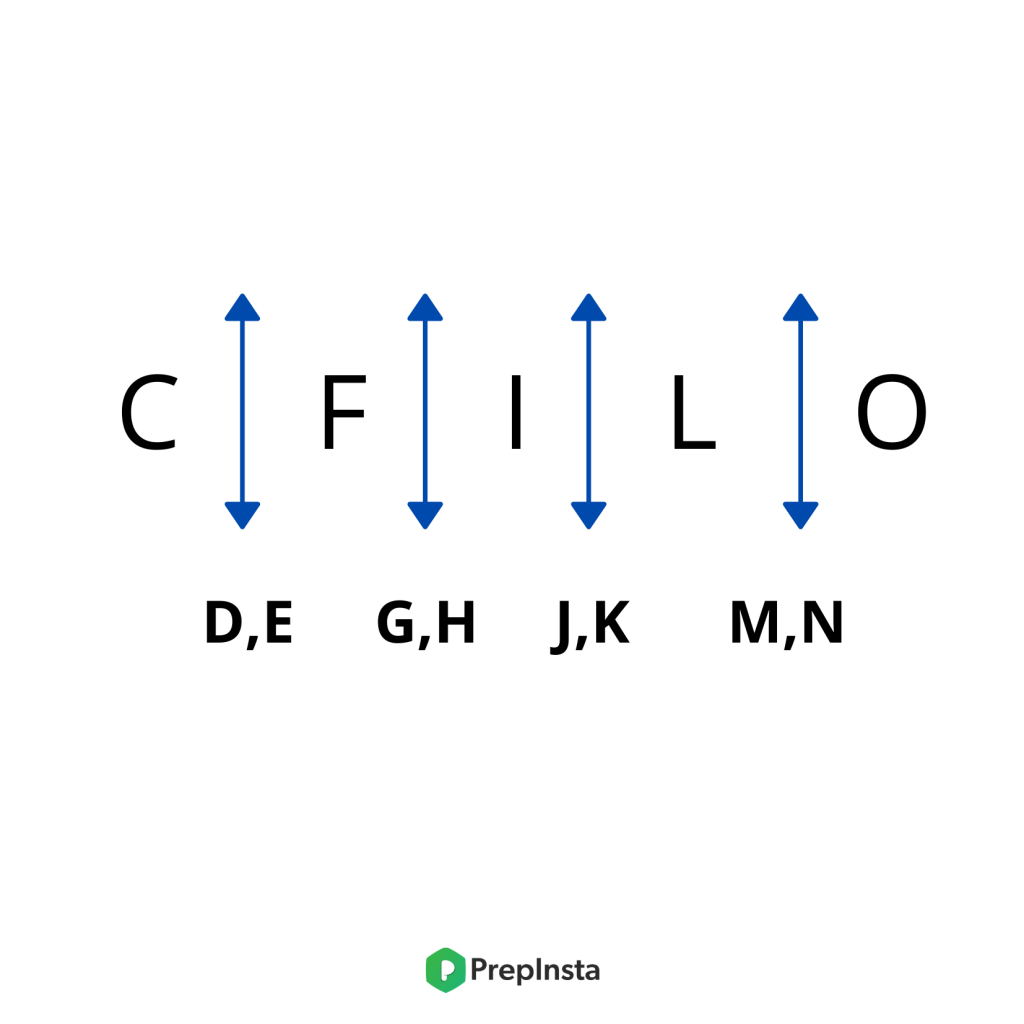 Read Also: How to solve  Letter and Symbol Series