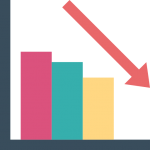 Harmonic Mean is type of numerical average, which is calculated by dividing the number of observation by the reciprocal of each  number in series.