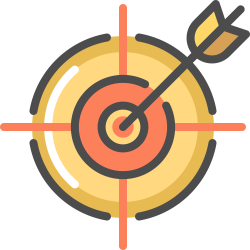 (for Deloitte)
Get Prime Video

(for Deloitte)
Get Prime Mock

Click on Topics below to practice previous year Deloitte questions

This year Deloitte visited our campus for the first time for the recruitment drive. As soon as I heard this news, I started my preparations. I surfed several websites to find relevant study material. Finally, I stumbled upon PrepInsta, and fortunately, I saw all the necessary preparation material for the Deloitte placement here. There were three rounds in the Aptitude Test and the whole day.

The written test had three sections.

I gave the test, and after an hour results were declared and fortunately, I cleared the test.

The versant test was a telephonic interview round. I was asked to call on a particular number. An IVR responded from the other end. It asked me to note down some details like my Candidate Number, Deloitte Number, and my Password. The test had six sections those were Reading, Listening, Listening Deduction, Grammer, Error Identification, and speaking.

I cleared this round and was shortlisted for the interview round.

I was informed that the interview was scheduled for the next day. When I entered the room, the interviewer asked me to take the seat and offered me tea and biscuits. It was like they were looking for my personality and cutlery manners. The interviewer asked me fundamental questions to assess my communication skills. He asked me questions about my hobbies, interest, and extra curriculum activities. He was looking for management skills as Deloitte employees mainly engage in customer relationship management. He didn’t ask any questions on coding, and there were not many technical questions either.

Finally, after 25 minutes the interview was over. Later that day I was informed that I was selected for the Deloitte. I received the joining letter a week later.

This year Deloitte India visited our college for a recruitment drive. Our TPO (training and placement officer) provided us the registration link so that we could register ourselves and get we admit cards for the paper. Also, he told all girls to lay great emphasis on this drive as Deloitte hired more female candidates. The eligibility criteria for Deloitte was 6.5 CGPA throughout the academic career and no current backlogs. Learning this, I immediately registered for the drive started preparing for the drive. My seniors told me to refer PrepInsta for previous year Deloitte question papers, which greatly helped me in my preparation. There were four rounds in the whole interview process written test, Deloitte Versant Test, Group Discussion, and Face to Face Interview round.

More than 700 students were enrolled for the written paper. The paper had three sections, Verbal Ability, Logical Reasoning, and Aptitude Analysis. The sections were as follows.

Approximate cut off that we think was 20, 17 and 19 for quants, Logical and verbal respectively.

The results of the paper were announced, and only 543 students qualified for the next round.

Deloitte Versant Test was a telephonic round in which an IVR (Interactive Voice Response) tested the language fluency skills of the candidate. The sectional cut off for this round was 75 percentile. There were five sections in this round.

Section A – In this section, a three-minute audio clip was played. I had to listen to the clip carefully, and after the clip was over, the IVR asked some questions related to the audio clip.

Section B – Here, IVR recited some fill in the blanks. I had to listen to the sentence with the blanks and then answer appropriately without any grammatical mistakes.

Section C – Here, I had to read a paragraph fluently, in my normal English accent for 1 min 30 seconds.

Section D – In this, I had to introduce myself, with no grammatical mistakes or any error in the sentence formation.

Section E – The IVR gave me a topic on which I had to speak for almost a minute. My topic was the Effects of Global Warming.

The call was disconnected automatically, and the score for the test was sent on my registered email ids.

This round was held in the college auditorium. We were divided into groups of 6-7, and each group was given a particular topic on which they had to prepare a 10 minutes presentation. Every member had to speak on one aspect of the topic. The topic given to my group was, ‘Save the Girl Child.’ I talked about female foeticide and how it is affecting the ratio of boys and girls in the country. After the GD only 90 students were selected and fortunately, I was one of them.

I was pretty confident after the previous rounds that I will crack the interview as well. I greeted the HR and took my seat. He asked me general questions related to my hobbies, where did I do my schooling from, a brief about my final year project. There were no technical questions in the interview.

After the interviews of all the candidates were over, the list of the selected students was announced, and my name was on the list. After a week I received the offer letter from Deloitte India. There were two options accept and reject. I accepted the offer letter, and only after that, the joining letter was sent to me after a month.

Ans. The level is easy but one must have a good grip with formulas as most questions are easy and direct formula based answers and time management should be there since 1 question must be solved within 50 seconds.

You need to practice all the topics covering questions from low to high level daily. You can prepare from our Deloitte Aptitude Dashboard so as to practice aptitude quizzes topic-wise. You can also refer aptitude formulas, Tips, and Tricks given with every question in our Deloitte aptitude test papers with a solution.

83% of PrepInsta Prime Course students get selected in Deloitte

83% of our Prime Learners got selected in Deloitte

8 out of 10 fresh grads in MindTree are from PrepInsta