More than 10,000 students prepared from PrepInsta Deloitte English Material in the year 2021 and we had a success rate of 90%. Everywhere on the internet incorrect Pattern for Deloitte Test has been provided. 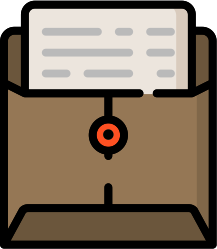 (for Deloitte)
Get Prime Video

(for Deloitte)
Get Prime Mock

Click on Topics below to practice previous year Deloitte questions 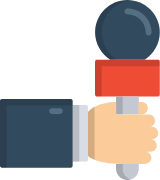 I applied for the Deloitte off campus drive. I knew that Deloitte believes in women empowerment and gives more preference to women candidates to create gender equality. Therefore, I had a greater chance of getting selected. So, I immediately started my preparation. I prepared for the interview through previous year papers available on PrepInsta.

In the written round, there were three sections, Verbal, Quantitative Analysis, and Logical Reasoning. The respective sections were as follows:

Deloitte uses a special US style of scoring for better evaluation. In this, if the question is submitted in less than 60 seconds than bonus points are given to the candidate.

Based on my written round score, I was selected for the Deloitte Versant Test. This was a telephonic round in which the basic Reading, Listening and Analysing skills are tested. For this test, I received an email containing the registration id and the IVR (Interactive Voice Response) number. I had to make a call on the given IVR number for my telephonic round. Module 1 (Reading) – A total of 12 sentences were sent to me on my registered email id. After a beep sound, I had to read each sentence one by one.

Module 2 (Listening) – In this module, the IVR recited ten sentences one by one, and I had to repeat every sentence word by word.

Module 3 (Listening Deductions) – In this module, the IVR played a small audio clip, comprising of a conversation between two people for 2 min 30 sec. After the audio, IVR asked some questions related to the conversation.

Module 4 (Grammar) – In this module, the IVR asked a question and gave four options from which I had to choose one correct answer.

Module 5 (Error Identification) – In this module, the IVR was speaking a sentence one after the other, and I had to find errors, such as grammatical errors in the sentences.

Module 6 (Speaking) – In this module, a topic was allotted to me, and I had to speak for 45 seconds on that topic. My topic was Global Warming. IVR gave a pause of 30 seconds before I began to speak.

After the test was over, the call was auto-disconnected by the IVR. The results of this test were declared, and luckily I cleared the test. In the email along with the Versant test result, there was information about the time and test center for the group discussion round.

It was not like the traditional Group Discussion round. Here we were divided into groups of seven and a topic was given to each group. Each group had to prepare a 10-minute presentation on their respective topic and each member had to present one aspect of that particular topic. Our topic was Technology- a boon or a curse. I gave the presentation about the benefits of technology in our day to day life.

After all the presentations were over, the names of the shortlisted candidates were announced. I was amongst them. Out of 275 students, only 43 students were selected for face to face interview.

I had to report at the Deloitte Mumbai campus on 24th May 2017. The interviews began at 9:00 am. I was very confident and was well prepared for my interview. I went into the HR cabin and greeted the interviewer. He asked me to take a seat and asked for my resume. The interviewer seemed very polite, which boosted up my confidence. He went through my resume and asked me to introduce myself.

Thank you, you may leave we will inform you soon.

After two weeks I received a confirmation email from Deloitte India that I have been selected. The joining letter was attached to the email. That was the happiest day of my life.

Ans. The context of the questions is very different though the Deloitte verbal questions and papers are very easy, but a lot of focus on Synonyms and Antonyms. It becomes tougher to clear the cut off in this section as you will have to get more answers correct than your competitor, you can try this link to see Deloitte Score vs Percentile chart.

Ans. All the sections are equally important and you must prepare all the topics well. And one should never compromise on his/her preparation knowing that the section is easy.

83% of PrepInsta Prime Course students get selected in Deloitte

83% of our Prime Learners got selected in Deloitte

8 out of 10 fresh grads in Deloitte are from Prepinsta