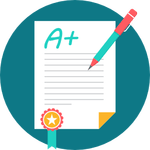 Fill in the Blanks

The important section in Tech Mahindra Verbal section is General English Language -1 . One has to practice well for this section .

The paper pattern for Tech Mahindra consists of 3 sections like Quants ,  Verbal and Logical Reasoning .

There is a total time limit of 142 mins, for all the three sections of verbal+quants+logical

There is no section cut-off, in Tech Mahindra Placement Drive

PrepInsta has helped me immensely on my success and I would like to suggest this website to everyone. Thanks, PrepInsta for helping me getting a place in Tech Mahindra.

75% of prime members learners got selected in Tech Mahindra

Interview and Resume Preparation is also included in Prime Video

75% of prime members learners got selected in Tech Mahindra