On this page, You will find the latest TCS Digital Aptitude Topics along with their Questions and Answers for 2020-21 Drive. Practice all the questions to score above 80% percentile in the aptitude section in the exam.

All types of questions are covered with easy to hard difficulty levels for TCS Digital Preparation. Aptitude Section in TCS Digital Exam is one of the hard and important sections.. TCS latest curriculum is given below:-

(for TCS Digital)
Get Prime Video

(for TCS Digital)
Get Prime Mock 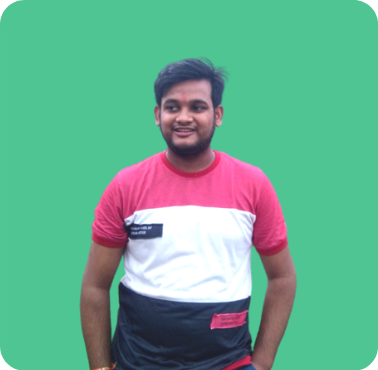 TCS conducted an on-campus drive for our college this year. Like every year, many students appeared for the drive. I was also excited to participate in the on-campus placement drive and decided to attend the placement. After registration, I started to prepare for the placement process. While browsing the internet for previous year TCS questions, I came across the PrepInsta website and some valuable information present in it for the placement drive.

The first round was an online test that was made up of four sections- aptitude, programming concept test, coding, and verbal ability test. The written part was quite simple. I had prepared this section from some books and also from the PrepInsta documents which I downloaded from the website.

The aptitude test mainly covered topics such as:

I answered most of the questions and left the ones for which I was not sure about the answer.

A Cloze test was conducted under the verbal ability test. Here, a passage containing blanks was given, and I had to give answer for the blank using the options provided in the drop-down menu of blanks.

The programming section was also simple for me to attempt as I was from a computer science background. Also, most of the programming questions were already familiar to me as I had come across them in the PrepInsta material.

After the written test was over, we were informed that the selected students would be called for an interview the next day. I was quite excited for the interview round as my written test went quite well. The next day, the names of the candidates selected were displayed on the college notice board. I found my name on the list and went for the personal interview round.

Round 2: The Interview Round

Soon after waiting for a little while, I went for the technical interview. There was a single interviewer from TCS. He asked me to introduce myself. Later, he asked me about my project. He also asked me technical, and managerial questions. Some of them were:

• What is an IP address?

• What is Cloud Computing?

• What are your strengths and weaknesses?

• What is the highest achievement in your life?

Towards the end, he asked me some HR questions. Some of them are:

• Tell me something about yourself.

• Are you flexible to relocate to other locations in India?

The TCS interview experience went well for me. After one week of the interview, I received an email informing me that I got selected. I immediately accepted the offer and joined TCS.

Stats about this section

TCS Digital is conducted once you clear TCS Ninja. And its package is around 4.5-5.5 LPA.

There is a common section for Aptitudes and Reasoning. It is comprised of 15 question which has a combination of Aptitude and Reasoning.

Topic wise mocks and much more...