Difference between C and C++

Differences between C and C++

Comparing C++ with C is nothing but comparing a son with its father because C++ is a direct descendant of C, the father of many modern programming languages like Java, Python etc 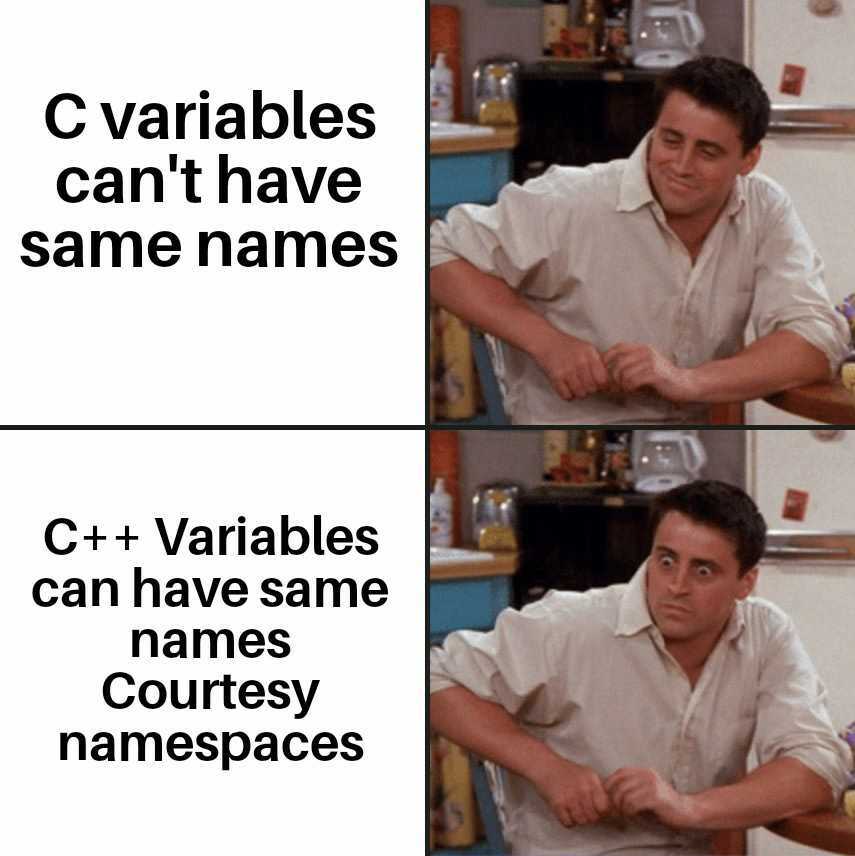 Without namespace in C

Top6: Overloading of functions and operators