Files and Streams in C++

Files and Streams in C++

We know about the iostream standard library which provides cin and out methods for reading from Standard Input and writing the standard output respectively, now will see how we can create files and handle them using C++ programs and the functions that are used handle these files in C ++

There are 3 standard file handling streams as follows

All the stream classes are specially designed to manipulate disk files 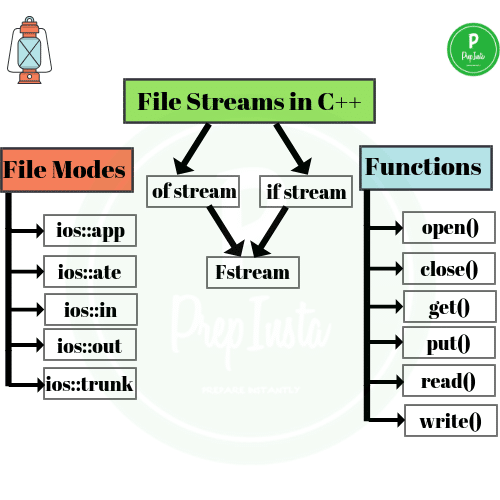 File modes will tell what is the purpose of opening a file i.e whether you need to read or write, or what operation you need to perform on that file, etc.

Opening and closing a file in C plus plus

In this program, the file that we are working with must be created in the directory and it is capable of performing both read and write operations

Mostly used functions for file handling in C plus plus

We use << and >> to write and read from a file respectively. Let’s see an example.

The above program asks the user to enter  some text, which is written(added)  into the specified file physically  and all the file contents present in the file are also displayed on the terminal