Scheduling in which a process is switched from the running state to the ready state and from the waiting state to the ready state. In this concept, the CPU is allocated to the process for a limited time and is again taken back when its time is over. The current state of the program is saved and is resumed again when the process is assigned to the CPU. 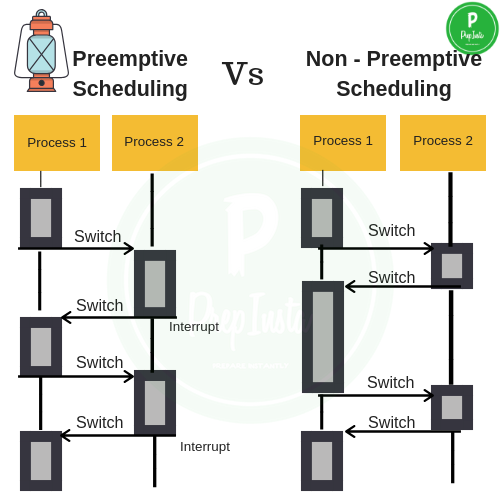