Tamil Nadu awaits the “spiritual’ politics to raise their hung heads. It is none other than the ‘Thalaivar’ who promises to be their saviour. But the process is all more cinematic than realistic. After two decades of speculations the actor says he feels guilty for ‘not reacting’ and now he decides to contest the coming state assembly elections of 2021 under the banner of his new political party. Tamil superstar Rajnikanth himself announced his venture to politics in a meeting of his fans arranged on the New Year eve.
Rajnikanth says he will form a political party and contest all 234 seats of Tamil Nadu in the next assembly elections. The entry of this star to politics from big screen is not a surprise but rather a delayed announcement for many. The politics and celluloid is often entwined in this Dravidian state which was ruled by the ‘mass heroes’ for most part of its democratic history. And the entry of a new player makes sure we cannot change this situation any easier. One of the stars with greatest fans and it will be this devotion of fans that the superstar will be banking in his new real life role as a leader and a politician.
Rajnikanth has given various intentions of joining politics and made public comments on his political choices before but it is only now he announces the “real war against corruption, not for fame or money but to satisfy his guilt conscious.”
Starting as a bus conductor and raising to popularity through his hard works many feel he could be the one their land has been waiting for, “We have been plundered and cheated by many, why not give a man of no evil past but has earned great admiration a chance” said a young voter. On the other hand many feel its stupidity to choose a leader by fantasizing on his fictional characters. “This was the mistake that we did all these years and we are going to do the same again” worries a young mind.
Starting from the first Chief Minister of Tamil Nadu, C.N. Annadurai, it is a long list of hits and mishits from reel to real that defines Tamil Nadu’s political history. Followed by M.G.R., M.Karunanidhi, J. Jayalalitha, Vijaykanth, Sivaji Ganesan, SarathKumar and recently Kamalahassan, now we have the ‘Thalapathy’ in an open fight in the war for power.
Rajnikanth do have a cult following but will he be able to transform this in to votes is a question that is to be answered now. The history of the state politics supports him but the young waves are unpredictable. “Naan solrathaiyum seiven,sollathathiyum seiven” states Rajni in his movie. We have heard what he said and now we should wait for his actions, said and unsaid
“If he is to sustain beyond his stardom he will have to prove his worth” opined our young voters. Unlike his demi-god hero characters the real life politics could be hard and messy and he may not always emerge victorious but whatever is to come will either make the Dravidian politics go hand in hand with the celluloid or will break the connection forever. That will be the climax of this political thriller starring Style Mannan Rajnikanth. 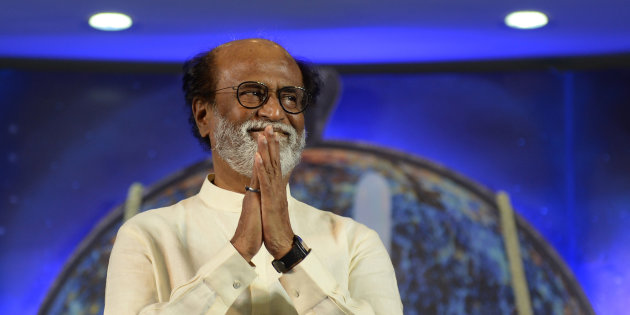 Topic : Security Tightened Up At Taj Mahal After Reported Threat From Islamic State 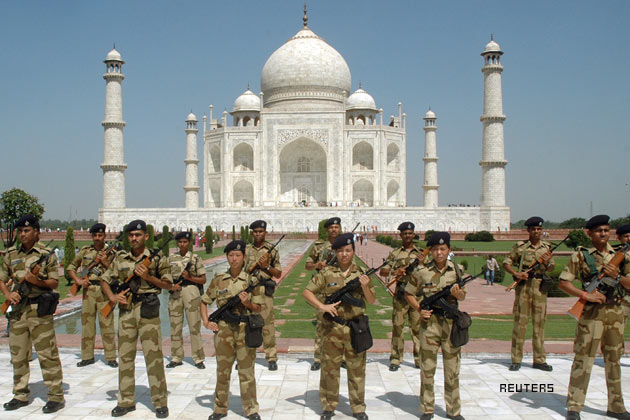 Security was tightened on Thursday at Taj Mahal in Agra following a warning issued by a pro-Islamic State group. A security drill was conducted along the Yamuna river near Taj Mahal, while a bomb disposal squad and the Special Weapons And Tactics team were also present there. The 17th-century monument which is a world heritage monument is visited by over six million tourists annually. Senior police officials and Archaeological Survey of India, however, tried to play down the threat, saying the security arrangements were routine.
The threats come ahead of the Taj Mahotsav festival on Saturday. Taj Mahotsav is an annual 10-day (usually 18 to 27 February) event at in Agra, India. This festival invokes the memories of the old Mughal era and nawabi style prevalent in Uttar Pradesh in the 18th and 19th centuries.
While the Central Industrial Security Force provides security within the Taj Mahal premises, the UP police and the Provincial Armed Constabulary look after the outer posts. SWOT commandos have been put in charge at vantage points, Mock drills are being conducted every few hours to test the state of preparedness from any event that might take place in the iconic monument. Outside the 500-meter security ring, police teams are keeping a strict watch on the movement of vehicles both on the western gate parking and the Shilpgram parking towards the eastern gate, as said by the sources.
As the Taj Mahal is an international icon of tourism in India and it is quite natural that terror organizations issue threats to this monument from time to time to gain publicity and create panic. Such incidents taking place in the city may appear small at the first glance as there were no casualties, but overall they have a cumulative effect on the mindset of tourists who suddenly begin to perceive Agra as an unsafe destination and this hurts the tourism business. The issue would obviously have a low influx of tourist in the important-city events which will, in turn, affect the revenue earned by the tourism industry of Agra. The local police and the administration in charge want the people and the tourists of Agra to be in safe hands with them and assured confidence.