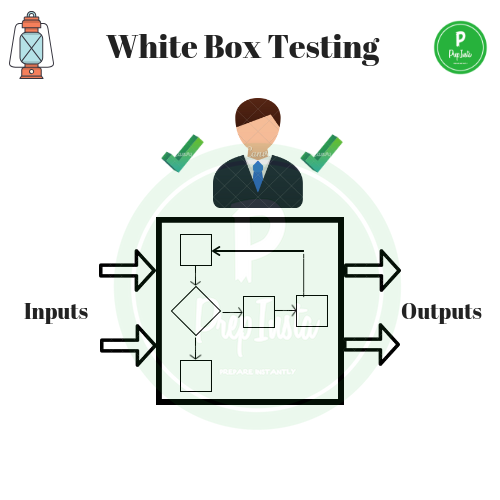 This testing is used to find errors in the following types :

There are some techniques which is used for white box testing –

Branch coverage is a technique used for testing in which test cases are designed so that each branch are tested at least once. This technique analyze every possible ways of the system. In the case of flowchart, every edge must be traversed at least once and ensure that the no branch behaves abnormal in the application.

Path Coverage is a software testing technique where all possible paths are defined and covered .paths are executable statements from entry to exit points in the system. It’s a time-consuming task.

By using this strategy, independent and dependent code loops and values are tested. Errors often occur at the beginnings and ends of loops.This strategy related to testing loops –

Flow graph : Flow graph is a directed graph which consist nodes, represents a sequence of statements and edges.

Cyclomatic Complexity : Cyclomatic complexity is a measure defines the number of independent paths.

For a graph G, V(G) is its cyclomatic complexity.
How to Calculate V(G) :

We can calculate cyclomatic complexity in three ways.

3. V(G) = Number of non-overlapping regions in the graph 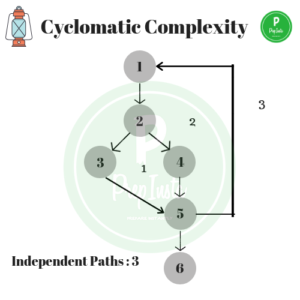 V(G) = 3 ,By applying any of the above formula on this flow-chart
Independent paths = 3

Following are related articles for reading –