Mu-Sigma Aptitude section is one of the toughest section of the exam. On this Dashboard, you will find all the Mu Sigma Previous year sample Quantitative Aptitude Questions with Solutions to practice.

Aptitude is 1st section in the test 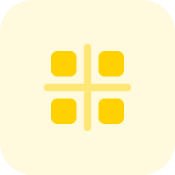 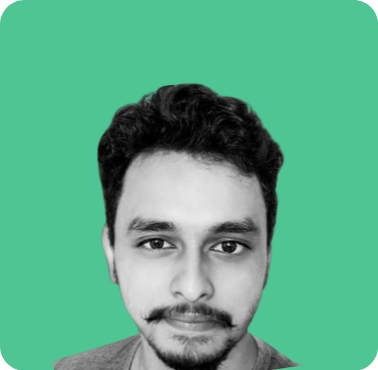 Mu Sigma is one of the companies that have the best selection process. They look at every aspect of a good student and only then they would give you an offer. I’ll walk you through the process of selection through mine.

I’m a 2015 pass out. And in 2014 the company had come for placements on our campus. I didn’t go for the campus placements, because if I got the job, I would be barred for attending other companies. It was our college rule.

And so, in 2015, after most of the placements were over on our campus, I decided to try my luck in the off-campus selections. Over 1500 students were coming and I knew I had a thin chance. But still, I tried to see how I fared among 1500 students.

Anyways. Let’s come to the placement process itself. I’ll describe each round, and I’ll tell you what they expect in each round and what you need to prepare for it.

Round 1: Basic
I must say, the test is one of the easiest among others that I attended. They would mostly be organized by CoCubes. Questions included analysis of basic graphs, the solution to simple quadratic equations, puzzles on patterns, etc. It’s no big deal. Just know how to solve frequent types of questions. There is no negative marking and only 15 questions. To answer all of them and take enough time to solve it. Make sure most of your answers are right before moving on.

Along with this, they had a personality questionnaire, via Facebook. It’s a basic analysis of your personality. The only point to be noted here is that your answers should be consistent.

Round 2: Puzzle / Business scenarios
In this round, they would give you a sheet with a data set and some questions regarding an algorithm. They ask us to find the output wrt the algorithm. Whatever happens, don’t go through the algorithm step-by-step.

There IS a pattern. Find it. And then find the output. Most people didn’t make it through because they couldn’t do the steps in time, as they tried to follow the algorithm.

For us, we had an extra sheet that had a business problem that was similar to what MuSigmans do at the office. You are supposed to ask questions to the imaginary shopkeeper mentioned in the problem to know what you could do to boost his sales.
For this question, your answers should reflect your knowledge about marketing/finance/etc. So ask questions that would answer problems on marketing.

Round 3: Video synthesis:
A video is played. You need to carefully listen to it and write the main points you understood from it.

A sheet of paper with a few lines is given to you. Keep in mind that you should write as many points as possible that would summarize the video. But don’t exceed the space provided. You will qualify if you write 3-4 points which are meaningful.

In my case, a video of the CEO explaining trends of different types of markets was shown. I wrote 3 points, well within the space provided. They were concise but enough to portray the key points.

Round 4: Group discussions:
This is a plain old technique that needs no explanation. However, most of the time, they would give you a topic that relates to the video shown beforehand. So keep a keen interest in what was shown. Also, know what you wrote on the slip the previous round. They refer to it while you speak.

Just a few things are enough to let you through this round. Refrain from arguments that would make this a debate, rather than a group discussion. Don’t interrupt others. Do talk something. Make one valid point, but don’t just stop with that. Add points whenever you can.

In my case, they let me through because I made two valid points and kept supporting it. They let everyone who spoke at least one point through the round.

Round 6 & 7: Interviews:
Keep calm and answer all questions asked with confidence. That’s all they see. Know what you write on your resume. It’s just a plain old interview. No catches. Just show that you can communicate well.

The first interview is what matters. You need to impress the first interviewer. Apart from one or two scenarios in business, he/she would only ask about yourself. You can tackle the business scenarios by reading generalized marketing scenarios on the web. Some are here on Quora as well.

Once you pass this interview, the last one is a piece of cake. It’s just a final formality and they would only ask basic HR questions.

Finally: Celebrate!! :
Now that you’ve cleared all rounds, it’s time to party! They would usually give you the offer letter there itself along with a T-shirt!😍

Probability, Arithmetic Progression, Geometric Progression, Harmonic Progression is the most important topic in Mu Sigma.You have to solve this Question as fast as you can because there is no sectional timing in the paper.

Please visit our website. As Mu Sigma Aptitude Questions difficulty level is high so you have to practice for aptitude test. So that you can score good marks in the paper.

The Difficulty level of Mu Sigma Aptitude paper is high. You have to Prepare for this section well to score good marks.

The Words Like “Placement Papers” and “Previous Year Papers” are used here for Google Search Purposes only and may not be. All these questions could be freely available on the internet, we are only charging students for the PrepInsta’s Mock Test experiences and Analytics as well as preparation for the exam. Prepinsta does not guarantee any recurrence of the questions in the exam however we believe that from our practise questions the exam should atleast be similar in pattern as per syllabus or difficulty. These are only practise mock questions. PrepInsta has compiled these from various internet sources and made them as per mock experience for students ease and are offering analytics as per performance

83% of Prepinsta Prime Course students gets selected in Infosys