Here on this page we will be discussing some of the most asked Technical interview questions and Answers people from the engineering background.

The basic motive of the employers is to check your pressure handling skills, judge you on your previous projects done and some technical competencies as well.

Out of these parameters Technical Interview Question and Answer Round can be a little difficult because of the only valid reason that concepts and bookish problem skills becomes a world of past for people when they join and start working with a particular company. 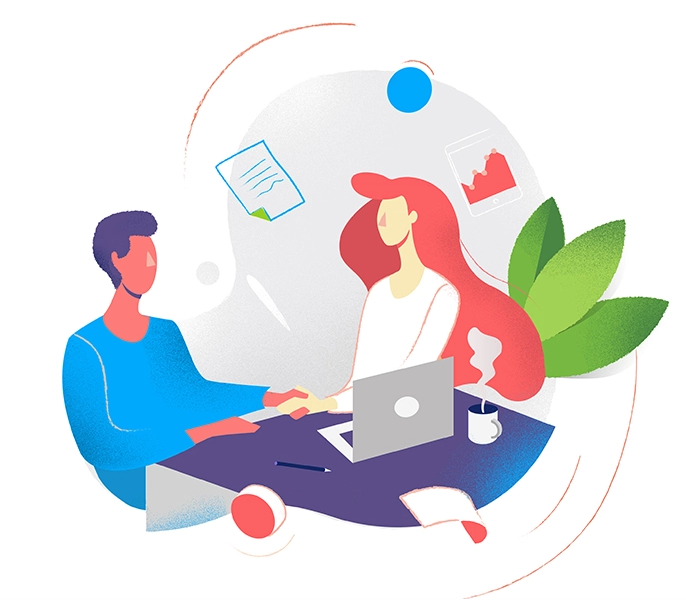 1. What do you know about the TCP/IP model?

Transmission Control Protocol and Internet Protocol are abbreviated as TCP/IP. The existing Internet architecture utilizes this network model. Protocols are a series of rules that keep a network’s communication running smoothly. The network access layer, Internet layer, Transport layer, and Application layer are the four layers that make up the device. 2. What’s the difference between a Compiler and an Interpreter and differentiate with the help of a diagram? 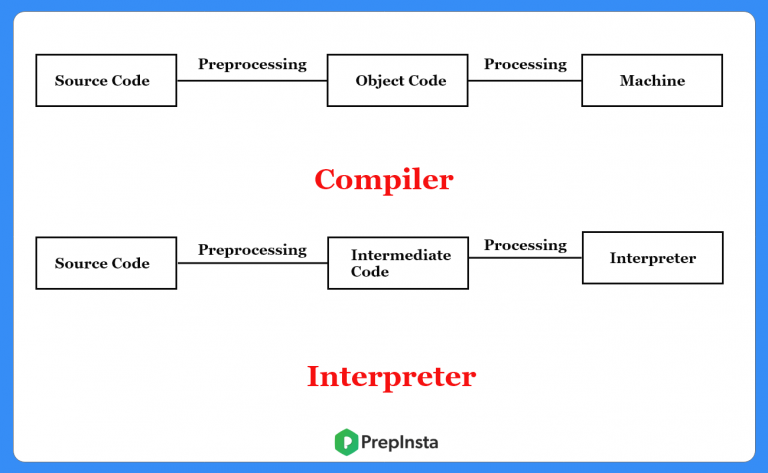 3. What do you know about software testing?

4. Definition of  AI and Machine Learning

Artificial Intelligence (AI) is a  general term for efforts to make systems think as humans, be able to imitate the sorts of things humans do, and, eventually, resolve issues better and faster than humans.

Machine Learning is a self-adaptive algorithm that improves its observation and patterns as it gathers more knowledge or new data.

Cryptography is a series of protected information and communication techniques that use mathematical principles and algorithms to transform messages in difficult-to-decipher ways.

Technical Interview Questions and Answer (IT)

The flow of a TCP connection is depicted in the following sequence:

3. What is the subnet for a class C network?

The default Class C mask is: 255.255.255.0. To make smaller networks, called sub networks, we will borrow bits from the host portion of the mask. Since the Class C mask only uses the last octet for host addressing, we only have 8 bits at our disposal.

Take note that in the table below I do not assume subnet zero. Cisco does teach a subnet zero assumption but they do not test that way. I have chosen to follow the exam.

INSERT –   inserts records into a table.

DELETE –  deletes records from a table.

Syntax: DELETE FROM table_name where expression

For eg: DELETE FROM Students WHERE StudentId = 1

5. What does an intrusion detection system do? How does it do it?

An intrusion detection system (IDS) is a software program or hardware appliance that monitors network and system traffic for unusual behavior and known threats and sends out warnings if it detects them.

The ultimate aim of an IDS is to alert IT staff to the likelihood of a network intrusion. The source address of the intrusion, the target/victim address, and the type of attack that is suspected will all be included in the alerting information.

Intrusion detection is a passive technology that identifies and acknowledges a problem without interfering with network traffic flow.

In contrast, firewalls that block known malware and intrusion prevention system (IPS) technology, which, as the name implies, also blocks malicious traffic, are both available.
An IDS, on the other hand, does not prevent malware.

1. What Is The Difference Between A Verilog Task And A Verilog Function?

The rules for separating tasks from roles are as follows:
1. A task may contain time-controlling statements, and a function must execute in one simulation time unit.

4. A function must return a single value, while a task must not.

If each block has only one place it can appear in the cache, the cache is said to be direct mapped. The mapping is usually (block-frame address) modulo (number of blocks in cache).

If a block can be placed anywhere in the cache, the cache is said to be fully associative.

If a block can be placed in a restricted set of places in the cache, the cache is said to be set associative. A set is a group of two or more blocks in the cache. A block is first mapped onto a set, and then the block can be placed anywhere within the set. The set is usually chosen by bit selection; that is, (block-frame address) modulo (number of sets in cache). If there are n blocks in a set, the cache placement is called n-way set associative.

3. What Is “pu” In Electrical Engineering?

Pu stands for per unit, and it will be used in a single line diagram of power distribution, that is comparable to a large electrical circuit with a large number of components (generators, transformers, and loads) of varying ratings (in MVA and KV).

To put all of the ratings into a single board, we use the pu principle, which considers the component’s largest MVA and KV ratings as base values, followed by all other ratings.

4. Why Link Is Provided In Neutral Of An Ac Circuit And Fuse In Phase Of Ac Circuit?

The link is given at a Neutral common point in the circuit from which different links are taken for the individual control circuits, and it is thus provided in a link shape to withstand high Amps. However, in the case of a fuse in a phase of an AC circuit, the fuse rating is determined only for the specific circuit (i.e. load). As a consequence, if there is a problem, the fuse in the part will blow.

5. What Is An Exciter And How Does It Work?

Static exciters and rotory exciters are the two types of exciters.
The excitor’s role is to supply the generator’s fixed poles with excitation dc voltage.

A rotory excitor is a small generator mounted on the main generator’s shaft. If it’s a dc generator, it’ll use slip rings and brushes to supply dc to the rotory poles (conventional alternator).

1. How Are Freeway Bridges Built?

To support the bridge, cement/reinforced-with-rebar stanchions are spaced across the highway after the expected traffic for the bridge is estimated. An ‘off-ramp’ from the highway to the bridge, as well as a ‘on-ramp’ to the next lane, is installed. To form the base, cement/rebar slabs are constructed and raised with cranes, and voila! Travel with caution.

The frame that supports the bridge deck may be reinforced concrete, structural steel, or a mixture of steel and concrete, considering the fact that the bridge deck/roadway is almost invariably a concrete slab.

2. What Reinforcements Are Used In The Process Of Prestressing?

The following are the most important forms of reinforcements used in prestressing:

3. What Are The Different Type Of Slump Test Indications?

Slump tests are performed to empirically measure the workability of fresh concrete. It is used to measure the consistency of the concrete. In general there are three different types of slumps that occur in slump tests.

They are as follows:

4. During Reclamation How Can The Occurrence Of Mud Waves Can Be Rectified?

There are a variety of options for addressing the mudslide problem:
1. Total clearance of all mud that has been disturbed. This approach is known to be one of the most effective. Since the disturbed mud has been removed, any filling material is used to replace it. However, as opposed to other approaches, this one can be costly.

2. Surcharging loads are put on top of the mud waves to speed up the consolidation of disrupted mud. Band drains are also built to assist with the consolidation process. In contrast to the other processes, this one is very sluggish.

3. Partially extracting the disturbed mud: This approach is a variation of the former two, in which the top layer is stripped while the lower layer is handled with the surcharging technique.

5. For A Washout Valve Why Are Two Gate Valves Required In Normal Practice?

Washout valves are mainly used for routine repairs, such as water main maintenance. This is equivalent to allowing water to run out of a water main as it is being washed. A gate valve is normally located at the junctions where a pipe branches out to a washout point to separate the two pipelines. During normal operation, the gate valve mounted above is normally left open. A second gate valve is mounted further downstream, which stays closed during regular washout valve operation.

If this valve is not installed, the branched out pipe’s pipe portion will stay dry throughout normal service, raising the possibility of disruption and leakage. The branched out water main produces water while the downstream valve is mounted and in regular service. A leak can be detected instantly with two gate valves installed.

Technical Interview Questions and Answers (ME)

1. What Is The Role Of Nitrogen In Welding?

By stopping oxygen and air from penetrating the molten metal during the welding process, nitrogen is used to avoid porosity in the welding member. Other gases, such as Argon, Oxygen, Carbon Dioxide, and the gases emitted when the flux burns away during SMAW (stick) welding, are also used for this purpose.

2. How Does Hydraulics Work?

A prime mover (Electric Motor or Engine) drives a positive displacement pump (gear, vane, or piston pump), which suctions fluid from the reservoir and delivers it to the machine. During loading, a resistance to flow produces friction, which is then used to complete the task through a cylinder for linear motion or a hydraulic motor for rotary motion. The direction of flow is managed by a direction control valve, and the system pressure is controlled by a pressure control valve, while the flow is controlled by a flow control valve.

3. What Does Angular Momentum Mean?

Angular momentum is an expression of an objects mass and rotational speed.

5. What Is An Ortographic Drawing?

Orthographic projections are views of a 3D object, showing 3 faces of it. The 3 drawings are aligned so that if the page were folded, it would create part of the shape. It is also called multiview projections.

1.What Are Different Categories Of Antenna And Give An Example Of Each?

Different categories of antenna are as follows :

2. What Is Ionospheric Bending?

Also the radio wave experiences a force from the ions in the ionospheric layer. If incident at the correct angle the radio wave is completely reflected back to the inner atmosphere due to total internal reflection.

This phenomenon is called ionospheric reflection and is used in mobile communication for radio wave propagation also known as ionospheric bending of radio waves.

3. Explain The Concept Of Frequency Re-use?

The whole of the geographical area is divided into hexagonal shape geometrical area called cell and each cell having its own transceiver. Each BTS (cell site) allocated different band of frequency or different channel.

Each BTS antenna is designed in such a way that i cover cell area in which it is placed with frequency allotted without interfering other cell signals.

The design process of selecting and allocating channel groups for all of the cellular base station within system is called frequency reuse.

4. What Are The Advantages Of CDMA?

Advantages of CDMA are as follows :

Here are some advantages of GSM :