The principle use of extern is to specify that a variable is declared with external linkage elsewhere in the program.

Extern storage class is used when we have global functions or variables which are shared between two or more files.

When Extern specifier is used with a variable declaration then no storage is allocated to that variable and it is assumed that the variable has already been defined elsewhere in the program. 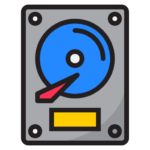 Use of Extern Storage Class

Use of Extern Storage Class in C file.