I got placed at the ZS Associate Pune as the Technology Analyst on 25th September 2017 through ON campus recruitment drive conducted at my college campus. Students of all the branches were eligible for this drive. The company offered a total of eight posts, 2 for Technology Analyst, 3 for Business Operation Associate (BOA), and 3 for Decision Analytics Associate (DAA). Almost 600 students had applied for these eight positions, but majority of students opted for BOA and DAA. PrepInsta was a great help as there are previous year papers available from which one can get an idea about the written paper and how to prepare for the interview as well.

On the first day, there was an online written test conducted by HirePro. There were 60 questions in the paper and the total time allotted was 75 minutes,

The questions were of moderate difficulty level, which made the cut off go high. Most of the students were eliminated in this round as the cut off was 79 percentile. Luckily, I was able to score 81 percentile and was shortlisted for the further interview rounds which were to be held next day at the college campus. Out of the 600 students only 179 students were able to clear the online round.

For this round, selected students were asked to be dressed in formals and carry their updated resumes along. There were three rounds, two Technical and one HR. Every candidate had to clear both the Technical rounds first to reach for the HR Round.

In this round, the interviewer began with simple questions such as if you have to open a jewelry outlet, what all factors will you consider? Then he asked me about some daily life situations where I implemented my logic and solved problems. He drew some pie charts of sales of a company and asked a few questions based on those pie charts. Also, he asked what necessary parameters one keeps in mind before starting any business. At last, he gave me some database queries and asked me can we merge any two tables without disturbing the output.

The interviewer gave me a case study on Hershey’s and Cadbury, and asked me to go through their business plan and why Hershey’s could not settle its market as good as Cadbury around the globe. I went through the case study thoroughly and drew the rough sketch of their business plans and what were the drawbacks in the business plan of Hershey’s. I explained my logic and approach I followed. After this, the interviewer asked me to explain my major project with ER Diagram. At last, he asked if I had any questions and wished me good luck for the results. The results for both these rounds were declared by the end of the day, and the selected students had to appear for the final HR Round which was to be held onnext day. I was happy, as I was shortlisted and was waiting for the next day.

The HR began with basic questions such as “Tell me something about yourself,” “why ZS?”, “Any other company you will be applying for?” Then she gave me some puzzles, such as if there are two doors, the person standing on the 1st door will always say the truth and the person standing behind the second door will always say a lie. If you ask 1 question and both reply together then how will you judge who is lying and who is not?  I stammered and asked 2-3 times to repeat the question. At last, the HR asked me “if selected, how will you be an asset for us?” after which I shook hands with her and left. 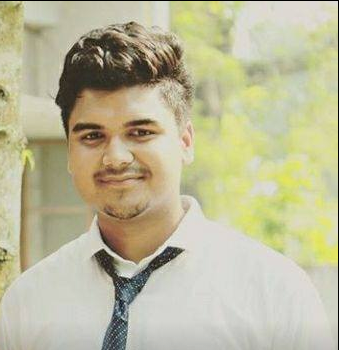