In Round robin Scheduling Algorithm, each process is given a fixed time called quantum for execution. After the Quantum of time passes, the current running process is preempted and the next process gets executed for next quantum of time.

CPU Scheduler goes around the ready queue and allocates CPU to each process for the interval upto 1 time quantum. Ready Queue is like a First In First Out Structure, where new processes are at last of the ready queue.

Now, while a process is in that quantum executing, one of the two things will happen

Let’s understand round Robin Scheduling with the help of an example .

Here, we have taken quantum as 3ms. So,each process is assigned 3ms before switching to next process. 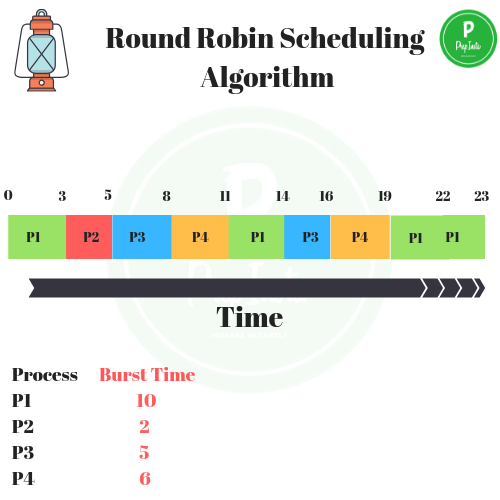