The Shortest Seek Time Algorithm (SSTF) is a disk scheduling method which choses the empty memory space with the least distance from its current position. In this method, when an array of disk track numbers and initial head position are given, the task is to find the total number of seek operations carried out to access all the requested tracks. This is done in the algorithm also known as Shortest Seek Time First (SSTF).

The primary concept behind this algorithm is to allocate memory which is located closest to the memory head in order to minimize the overall seek operations.

The chart given below shows the sequence of memory allocation using SSTF algorithm. 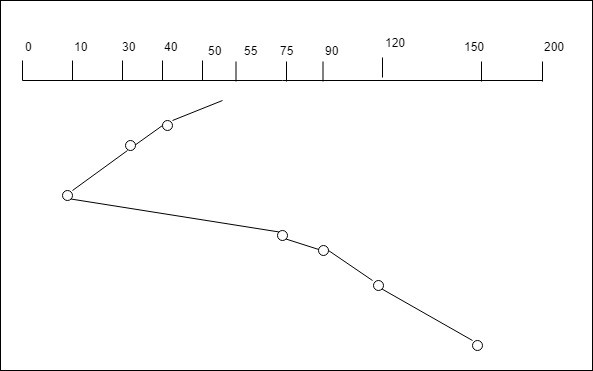 Step 2. Store all the storing indexes of the tracks that have been requested.

Step 3. Calculate the positive distance of all the tracks in the request array from the head.

Step 4. Identify an empty track from the requested array with the least distance from head.

Step 5. Increment the total seek count with this identified distance.

Step 7. Go to step 3 un till all the requested tracks have not allocated.