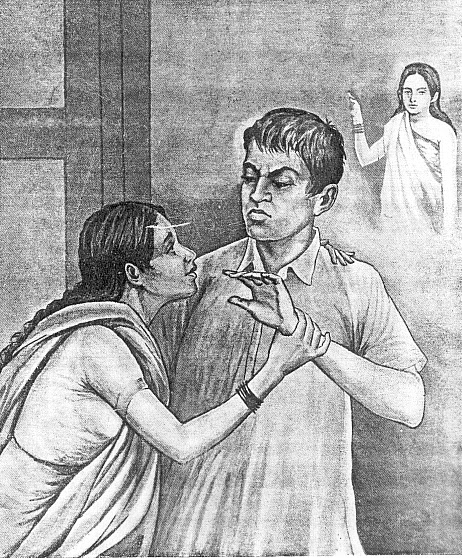 This is a story of a couple who lived in a far off village. They were married about two years ago and living a good life. The husband’s was a government employee and the wife used to run a small stitching business at home. They were wishing to have a child since a year but because of the some complications, the wife could not bear a child. This led to a lot of problems in their life. Their families were unhappy the later on they wanted him to have a child from someone else. This thought broke her heart and cried heavily. One day he saw a very beautiful young girl and his heart fell for her attractiveness. He decided to have a child with her and told the same to his wife. His wife was shattered and she shouted in sadness and anger. They has a huge quarrel and he pushed her wife on the floor. But she again got up and tried to convince him that he was doing wrong. His deeds were against the moral values and etiquette. But the husband was adamant towards his decision and did not listen to her. He left in anger and said ordered her not to raise her voice. The wife was shattered and left the home and walked away towards the bushes.