Topics asked in Technical Interview of Coding branch (IT): 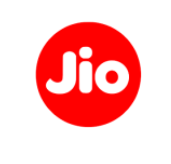 Technical Interview Round is conducted for those who have cleared Online written test.

Reliance Jio conducts this Technical Interview Round just to check your coding skills or software techniques you can give related to the company. They want you to be very clear about your specific branch and your subjects and must have a good hold on coding.

In this Technical Interview round, the interviewrs asks questions related to softwares and your B.tech projects. They may ask you to write a code. All you have to do is to keep calm and must prepared for questions from your specific branch.

The interviewers are mostly interested in knowing that what new ideas you have which will be helpful or beneficial for the company or, any new coding techniques which are your own.

Ans:  1. Not all the apps available in the store are compatible with the different levels or ranges of Android phones.

2. The phone’s efficiency is bound to take a hit as multiple programs run simultaneously in the background at any given time.

Ans:  It is the ratio of cement:fine aggregate (i.e.sand) :coarse aggregate.

Ans: Object-oriented programming (OOP) is a programming language model organized around objects rather than “actions” and data rather than logic. Historically, a program has been viewed as a logical procedure that takes input data, processes it, and produces output data.

Ans: TCP/IP stands for Transmission Control Protocol/Internet Protocol, which is a set of networking protocols that allows two or more computers to communicate. The Defense Data Network, part of the Department of Defense, developed TCP/IP, and it has been widely adopted as a networking standard.

Ans: 802.11e — a wireless draft standard that defines the Quality of Service (QoS) support for LANs, and is an enhancement to the 802.11a and 802.11b wireless LAN (WLAN) specifications. 802.11g — applies to wireless LANs and is used for transmission over short distances at up to 54-Mbps in the 2.4 GHz bands.

Ans: Whereas baseband uses digital signaling, broadband uses analog signals in the form of optical or electromagnetic waves over multiple transmission frequencies. For signals to be both sent and received, the transmission media must be split into two channels

Ans: IEEE 802.11 is part of the IEEE 802 set of LAN protocols, and specifies the set of media access control (MAC) and physical layer (PHY) protocols for implementing wireless local area network (WLAN) Wi-Fi computer communication in various frequencies, including but not limited to 2.4, 5, and 60 GHz frequency bands.

Ans: The primary function of the network layer is to permit different networks to be interconnected. It does this by forwarding packets to networkrouters, which rely on algorithms to determine the best paths for the data to travel. These paths are known as virtual circuits.

At the end I was asked if I am having any queries regarding the company. As being silent shows them that I am either nervous or not interested in the job. So, I asked questions related to welfares Reliance Jio does and about my field I will be working on.

After this, they said me to wait for the results and call next candidate.