Here are Some Interview Experience Submitted by Students:-

I applied for the Reliance Jio recruitment drive last year for the post of Junior System Engineer when the company visited my college for the pool campus drive. The list of the eligibility criteria and pattern of the written test were sent to every final year student by the Training and Placement Officer (TPO) of our college. The TPO suggested PrepInsta for the preparation. PrepInsta provided the previous year question papers which really helped to clear the written round as if it was a cake walk.

Quantitative Analysis - The questions were majorly from the topics such as HCF – LCM, Speed Time Distance, Probability, and Profit & Loss.

Verbal Analysis – The passages asked in this section were very direct but at the same time the passages were way too lengthy.

Logical Reasoning and Data Interpretation - The questions in this section were from topics such as Seating Arrangement, Blood Relations and Data Sufficiency.

Psychometric Test – This was very easy, but one has to be very careful because the questions were assessed one’s personality traits.

Technical Test - This was more of a domain test. In this there were questions related to Network Security, IP, Arrangement of the Network like routers, switches, etc.

There were two group discussion rounds. Both the rounds took place the same day one after the other. In the first round our topic was GST, and for the second round it was Feminism. There were 200+ students in the first round and only 37 students (including me) could make it to the last and the final round, i.e., the face to face interview round.

Face to Face Interview Round

The face to face round took place the next day, and was divided into two separate sections:

There were four members sitting in the panel. Total 12 questions were asked to me, three each from every member. They asked me questions related to basics of networking. At the end of this round they gave me a picture of a network and asked me to explain the arrangement of the routers and switches. Later they asked few questions about my final year project, and asked me to draw the ER Diagram of it.

The HR asked me few questions about my CCNA certification, my strengths and weaknesses, and my views on group management and team work. I gave my answers with confidence and the HR seemed to be quite impressed as well. Fortunately, I got my dream job as the System Engineer at Reliance Jio. 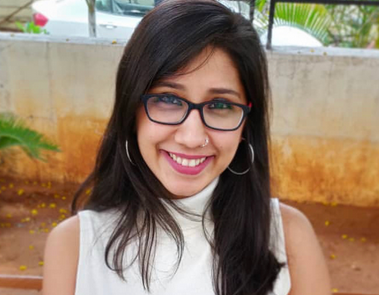