MindTree recently changed their syllabus. Now, Mindtree prefer AMCAT Test for their Recruitment Process. Basically there have 4 rounds for Recruitment in MindTree.

We are providing all the questions for Mindtree Interview Round.

To be in the interview round you have to fulfill some criteria. Those criteria are-

3) M.E/M.Tech in any discipline (CSE/ECE/IT/EEE/TELECOM/EIE/IS, etc)

6) The graduation should be a Full-Time course recognized by Central/State Government of India.

Also, note that a candidate is expected to have good communication & interpersonal skills along with a good command of technical subjects.

8) A candidate must have a minimum of 65% marks in graduation.

9) A maximum gap of 2 years is permitted in graduation.

10) A candidate should not have any pending backlogs at the time of appearing for Mindtree selection process. 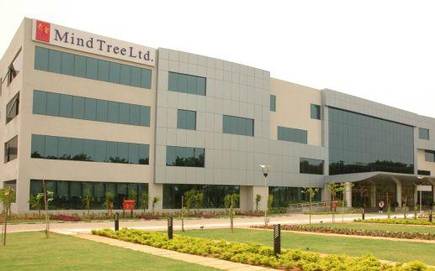 ⇒Polymorphism is an object-oriented programming concept that refers to the ability of a variable, function or object to take on multiple forms. A language that features polymorphism allows developers to program in the general rather than program in the specific.

⇒Serialization is a mechanism of converting the state of an object into a byte stream.

⇒ Where there is no join condition, an Inner join would combine all rows from one table with those from another.  If the first table contained three rows, and the second, four, then the final result would contain twelve (3 x 4 = 12) !

An outer join is used to return results by combining rows from two or more tables.  But unlike an inner join, the outer join will return every row from one specified table, even if the join condition fails.

⇒A static function is a member function of a class that can be called even when an object of the class is not initialized. A static function cannot access any variable of its class except for static variables. The 'this' pointer points to the object that invokes the function.

⇒Linear: A data structure is said to be linear if its elements form a sequence or a linear list. Examples: Array. Linked List, Stacks and Queues

Non-Linear: A data structure is said to be non-linear if traversal of nodes is nonlinear in nature. Example: Graph and Trees.

⇒Row-Major Order: If array is declared as a[m][n] where m is the number of rows while n is the number of columns, then address of an element a[i][j] of the array stored in row major order is calculated as,

Column-Major Order: If array is declared as a[m][n] where m is the number of rows while n is the number of columns, then address of an element a[i][j] of the array stored in column major order is calculated as

⇒A relational database is, simply, a database that stores related information across multiple tables and allows you to query information in more than one table at the same time.

HR Round is basically to check whether the students are capable of having a good communication & interpersonal skills along with a good command of technical subjects. HR Round contains of following questions.

⇒This is a popular interview question.

⇒Mention ypur short-term and long-term goals relating it to the question.

⇒Careers grow best when companies are growing. Today MindTree is among the fastest growing companies in entire sector.

⇒Explain them about the things that gives you strength and the thing which you fear to loose.

⇒If you have any doubt regarding the job, ask that.