Cognizant is currently hiring Check this page later to Apply.

Sample Interview Experience via Off Campus

I attended my Cognizant interview through the off-campus mode. The total off-campus interview took place in two steps majorly, written test and the Interview. The test involved a written test at its test centre and a coding test from home through  Automata. On the other hand, the interview was further divided into two rounds:

The entire process takes quite a long time of two weeks if you cross through all the milestones.

Round 1: Online Test
This round played a vital role in the selection process. There were total four sections namely, Quantitative Aptitude, Logical Reasoning, Verbal Ability, and Coding.

The last section, “Programming” was not of much importance. It was essential to score 75% aggregate and 60% in each section to clear the Online Test. For passing the test, it was sufficient to walk-through PrepInsta practice questions. There was no negative marking across all the sections. I was shortlisted in the first level, i.e.,  off-campus drive. It was after a week when I received the mail of getting selected.

The best part about automata coding round was that one can appear for the test while sitting at home, college premises, or any cybercafé. But, while giving the test, it was mandatory to switch on the webcam audio and video for the authorities to assure that there is no cheat or invalid means adopted for clearing the round. The round combats two questions that need to be answered within a time frame of 60 minutes.

The first questions were about creating a star pattern and second questions asked for forming a harder pattern. Therefore, the difficulty level of both the problems was different; one was easy while other was tough to solve. I could quickly answer both the problems as I practiced them before. Again, thanks to PrepInsta.

A week later, I got and email saying that I got selected for the interview rounds, i.e., Technical and HR Round.

I was a little nervous before getting into the question-answer round. But, as soon as it started, it was just about the questions that came from the other side of the table and answer rolling through my end. The interviewer asked 6-7 questions, out of which I could answer only five. Let me put them in front of you:

Overall, the interview was good. I was expecting a positive response and thereby, looking forward to the next round of HR. After I was done answering all the questions, the interview smiled and said, “All the best for the HR round.” Smiles allover.

Well, I took hardly 15 minutes in one-on-one conversation with company HR. He kept a few questions, such as why should we hire you, what are your strengths and weaknesses, etc. Despite checking the accuracy and appropriateness, the questions were merely to test the confidence level and communication skills.

In the end, he gave me a sheet of paper and asked me to read the last line and if I agree then sign on it. I was delighted and signed on it. He told me to wait for the orientation session. It was after a week that I received my joining letter. I think that it is essential to have a good command of technical concepts and communication to clear the interview.

Cognizant uses  for Off Campus and MeritTrac of On Campus Written Round. If they are hiring for a package of 6.5LPA.

Once, you have cleared the written round. The interview process will start, on this page you will find everything about Cognizant Interview Questions for all the different interview Round conducted by them.

Cognizant has two different interview processes, based on the reputation of the college

Interview Process for Grade B and C colleges most state colleges

If applying for off Campus drive then doesn’t matter which Grade college yours is, Technical Interview Round will be there9

This round is only conducted in Grade B colleges, Cognizant doesn’t conduct this round for grade A colleges, instead they directly conduct HR round in such colleges.

You should check with your placements department of the email that CTS sent to your college describing the placement process.

On our Technical Interview Dashboard you will find all the most asked questions and tips and tricks to clear this round. 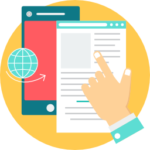 Along with the technical questions on our Technical Interview Dashboard, some basic to moderate in difficulty coding questions are also asked even if you’re from CS/IT or non CS/IT branch. 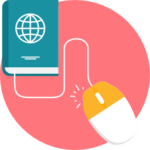 This section is asked in both Grade A colleges and Grade B/C colleges.

There are just 50 questions(given on our Dashboard) that will cover 95% of all questions asked in the interview by the HR.

Find the latest Interview Experiences submitted by students who attended the CTS Interviews.